Hey! Here’s the full version of the Rocky Road to Dublin that I shared in the last post. The video was filmed on the way home to Leitrim the night before the Referendum in May (to repeal the 8th amendment of the Constitution of Ireland). Happy New Year! ..and thank you for all your support and help in 2018 ☆ Ailie x Song Credits: ‘Rocky Road to Dublin’ is a traditional Irish folksong. The lyrics are attributed to 19th-century Galway poet, D.K. Gavan. Ailie Blunnie: Vocals, Piano, Electric Guitar, Bass Guitar Piece also features metronome Arranged by Ailie Blunnie and Daragh Dukes Produced and recorded by Daragh Dukes Mastered by Richard Dowling, Wav Mastering,...

Here’s a quick link to a new arrangement of the ‘Rocky Road to Dublin’ that myself and Daragh Dukes made, which was used in this RTE Sport Super 8s taster video recently: Old Ballad, New Verse – It's @DubGAAOfficial v @officialdonegal – live on @RTE2 from 6.30pm #rtegaa #Super8s pic.twitter.com/EoR2rOTZW8 — RTÉ Sport (@RTEsport) July 14,...

How do you define success?

[This piece was originally published in Hot Press Magazine on Wed 7th February] I’m going to jump right in and suggest that most musicians who self-release music these days experience the process as a mixed blessing: there’s a lot of freedom, as well as a lot of limitations. I’m at a stage where I release a good standard of music, but not at the stage where I’ve used a PR service, or have a manager or booking agent, or anything like that. I’m somewhere in between. My day-to-day schedule is a mixture of music, English-teaching, and college (psychology/psychotherapy).   The best part of self-releasing, for me—aside from the freedom element—is the hands-on industry experience you get. This includes everything from copyrighting songs, to negotiating door-splits, to buying barcodes. I like the idea of creativity being the joining-together of old ideas in new and relevant ways. I think it’s important to try and dip your toes into all of these various pools of knowledge to create space for those sparks to ignite. That being said, the practical and financial considerations of releasing music independently are a worry. Then you have the emotional stuff of managing expectations, and trying generally not to go mad in the process! For me, success is defined by the intrinsic reward of writing songs that I’m happy with artistically, and painting them onto a canvas of imaginative sound worlds (in collaboration with producer, Daragh Dukes, in the case of my latest release). Quiet, focused work, crafting and chiselling away at the emotional and sonic landscapes I’m trying to create: in a sense, luxuriating in the solitary world of musical introversion. After the release, you’re into the great unknown of the post-release limbo, and this has been the biggest challenge, in my experience. The quiet, focused work takes a back seat, and the expectation is to push yourself publicly, visibly, frequently, across multiple platforms, to optimise exposure. The self-releasers have to find the energy and confidence to push through with renewed vigour, especially if they have opted to go without additional PR support. Tough going. The trouble for me, in this regard, has been staying focused while navigating the various forces influencing perceptions of my work. Unlike the earlier stages, it’s hard to find a yardstick for post-release success. Airplay? Reviews? Interviews? Gigs? Venues? Audience numbers? Streams? Followers? Money? What’s more, it’s probably not particularly fruitful: a...

Hello! How are things? It’s the end of January already. Hard to believe. I don’t mind January – the cold weather and low sun combination is nice out the back window, and I like that it’s my mother’s birthday at the end of it too. I hope yours has been okay. Bearable? Good? I had a good month on the whole. Started with Whelan’s Ones To Watch 2018 – here’s an interview ahead of it by RTÉ’s Alan Corr. Then, an RTÉ ARENA live session which was broadcast last Monday. That was a real privilege to do – with Róisín Blunnie, Aideen Rickard and Vyvienne Long – and a wonderful sound and production team. Here’s the podcast if you’d like to listen back: ARENA Live in Session. After that was Templebar TradFest, which I felt very fortunate to be part of – a tribute gig to the brilliant Eamonn Campbell of the Dubliners, along with The Dublin Legends, Stockton’s Wing, The Young Folk and Daoirí Farrell. It was in aid of Coolmine Treatment Centre – a wonderful facility for drug and alcohol treatment and recovery. There was a really nice mention for the album in Hot Press too – by Róisín Dwyer. And John Kelly played a track or two on his Mystery Train recently – I love that programme. The main bit of news this month is confirmation of a Whelan’s main stage headline gig on March 18th. That’s a bit of a dream for me! I can’t wait. Do you want to come? I feel very lucky to have that gig on the horizon. Details and tickets at the link! For balance, I feel like I should widen the lens a bit. Sometimes I read through these blogs and worry that I’m only telling the good stuff – though I’m conscious too of not going too far the opposite direction. I’ll just say it very quickly: migraines, not great, the past while. Last week – a lot of bed! I’ve mentioned them before (here) and feel like there isn’t too much to add because I know my patterns and triggers and how to manage them.. but suffice to say they’re not easy nuts to crack – they’re unforgiving! Anyway, I just wanted to say that for the sake of reality. Reality cheque. The cost of reality :-) I really hope you’re doing alright yourself. I’ve just started watching Gilmore Girls on Netflix, and recommend it...

And So To Sleep 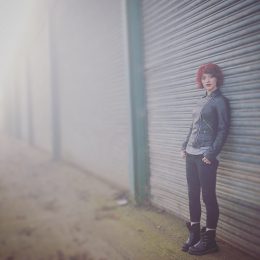